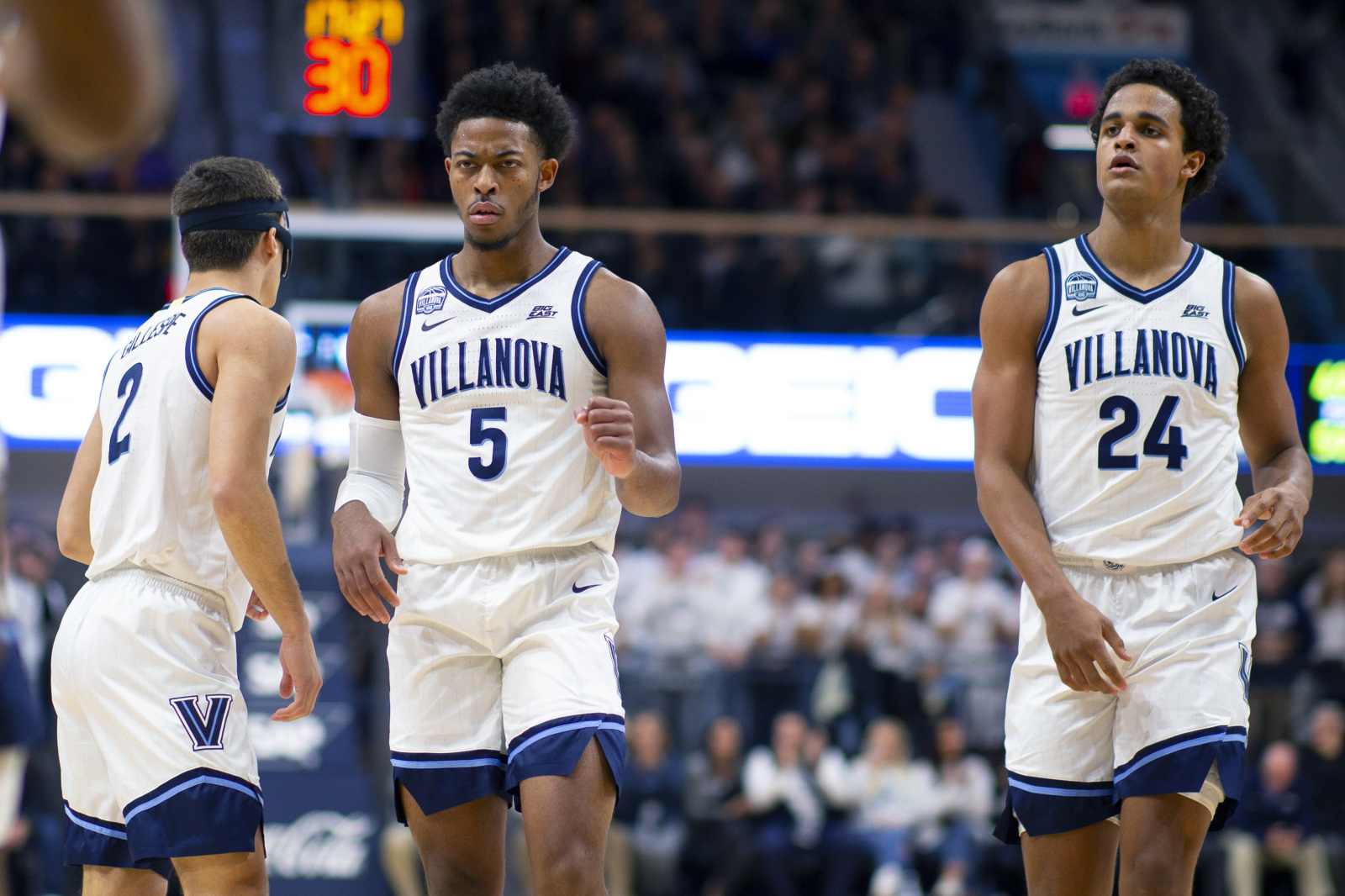 Early on there were some questions as to how good Villanova was after losing their only two true early tests against Ohio State and Baylor. Taking out #1 ranked Kansas at home started to answer those questions. They started Big East play in excellent fashion, getting to 7-1 with the only loss at Marquette before a 3-game losing skid seemed to take them out of the conference title race. Instead, they rebounded to win 7 of their final 8 games and share the league crown at 13-5. The Wildcats were looking at a likely 2-seed in the NCAA Tournament before the season was cut short.

Star forward Saddiq Bey is gone for the NBA Draft, but everyone else from that team is back, including four double-digit scorers in Gillespie, Moore, Samuels, and Robinson-Earl. They are heavy favorites not only to win the league but to compete for the National Title as they register in the top-5 of the AP Poll, kenpom rankings, and just about every major publication. Swider joins the starting lineup and Wright will hope he can find shooting consistency. He came in highly regarded but has never made good on his top-50 recruiting ranking. If he can't handle the spotlight, there are a number of candidates to take his spot. Tulane transfer Caleb Daniels averaged 16.9 ppg for the Green Wave and was considered a future NBA player by staff there. Bryan Antoine was a top-15 recruit and McDonald's All-American that never got on track as a freshman due to injuries, and recent reports indicate he may miss more time this year, so whether he'll get a chance to make an impact remains to be seen. Dhamir Cosby-Roundtree has experience, is able to play either frontcourt position, and is an efficiency monster.

Offensively, this should be another typically beautiful Villanova attack. All five starters can step out beyond the arc, they share the ball brilliantly, and have had a top-25 adjusted offensive efficiency 7 years running. Gillespie will lead the way and has shown the ability to take his time probing the defense until he can create for himself, another player, or initiate the quick hockey passes that ultimately lead to a basket. As a team, everyone can shoot, they collectively score at all three levels, and they won't beat themselves because they limit turnovers and convert the easy points at the line. Defensively, they work hard to limit three point attempts, swallow up anything on the glass, and defend without fouling. With length at every position and off the bench, this should be a solid defense that is good enough to compete for a title, especially buoyed by what should be an excellent offense.

When it comes to the Big East this season, there is Villanova, then there is a gap, then there is everyone else. While Creighton might have a comparable offense, they don't have nearly the wealth of proven options and shooters and their defense can't hold a candle to 'Nova. This is not only the clear and obvious best team in the Big East but maybe the best team in the nation as well. With the Big East expanding the schedule to 20 games, I feel the only thing that might keep 'Nova from tying or breaking the league record for wins (Syracuse won 17 league games in 2012) is the high likelihood that there will be COVID cancellations. Otherwise, I think 17, 18, 19, or even 20 wins could be possible for this crew. That's how much better they are than the rest of the league.

Marquette Memory: Villanova was a familiar foe for Marquette fans before joining the Big East, and most of the memories were bad ones. Marquette was just 2-5 all-time against Villanova when Dwyane Wade's junior season started with the Coaches vs Cancer Classic at Madison Square Garden. Jay Wright's team wasn't as accurate from the line then, staggeringly missing their first 20 attempts from three before finishing 3/26. Where 'Nova did excel was on the offensive glass, pounding Marquette inside with 31 offensive rebounds, but as often as they grabbed those boards they seemed to miss the putback attempts, including five consecutive misses on the same possession at one point. Wade scored 17 points as Marquette came away with the 73-61 victory. Coach Tom Crean said "The great news is we got a win, the great news for me as a coach is I have a lot of things to work on." Clearly, that work paid off as Marquette went on to win the Conference-USA regular season title before advancing to the program's third Final Four.